The best-known wines of Piemonte, such as Barolo, Barbaresco, Roero Arneis and Moscato d’Asti are produced from grapes grown in the southern sector of the region; this includes the province of Cuneo and Asti, in districts such as the Langhe and Roero. But farther north, Alto Piemonte is a territory that is home to some of the region’s most complex, yet least understood wines. Gattinara, Boca and Ghemme are a few of these selections, and these days, greater attention is being paid to these wines and this relatively unknown viticultural outpost.

Alto Piemonte – literally “higher (or upper) Piemonte” – is an east/west strip, several miles north of Torino and Vercelli that incorporates such cities and villages as Biella, and Borgomanero; the Sesia river meanders through much of Alto Piemonte, while the Alps beckon in the distance, with Lago Maggiore, marking the boundary between the Piedmont and Lombardy regions situated on the western edge of this territory.

The climate here is one that is continental with Mediterranean influence; average temperatures are slightly lower than southern Piemonte, which also receives more annual precipitation than Alto Piemonte. Typically, the diurnal difference between day and night temperature is more marked in Alto Piemonte, thanks to cool breezes that come down from the nearby Alps.

Climate change has affected Alto Piemonte as everywhere in the region, resulting in harvests that are routinely earlier than a decade ago, but still typically later than in the Langhe. Most wines from here – this is overwhelmingly a red wine territory, based on Nebbiolo – have very good acidity, as well as ideal structure for aging potential.

The fact that Alto Piemonte is generally cooler than most of the region has brought a good deal of attention to this area, as wine producers everywhere search for solutions to combat the warmer temperatures of today. Thus, it’s not a surprise that more vineyards are being planted today in Alto Piemonte.

This is a positive development for the area, and a reversal in fortune to be sure. According to Christoph Kunzli, proprietor and enologist at Le Piane, a small estate in the Boca production zone (more on Boca later), Alto Piemonte was one of the most densely planted vineyard areas in all of Italy before World War II, with about 100,000 acres of vines. “Every family, everybody lived from wine-producing. Everything was wine here,” he comments. When Kunzli purchased Le Piane from the former owner who had passed away in the 1990s, that number had shrunk to a few hundred acres.

Why had so many vineyards vanished in Alto Piemonte? According to Kunzli, there were several reasons, primarily dealing with money. “In the 1950s,” he comments, “the old economic system collapsed. Eventually the people that remained in this business were the poor.” Kunzli remarks that the younger generation moved out, with many moving on to larger cities and new businesses, while those who remained in the wine business sought out other, more famous wine zones. 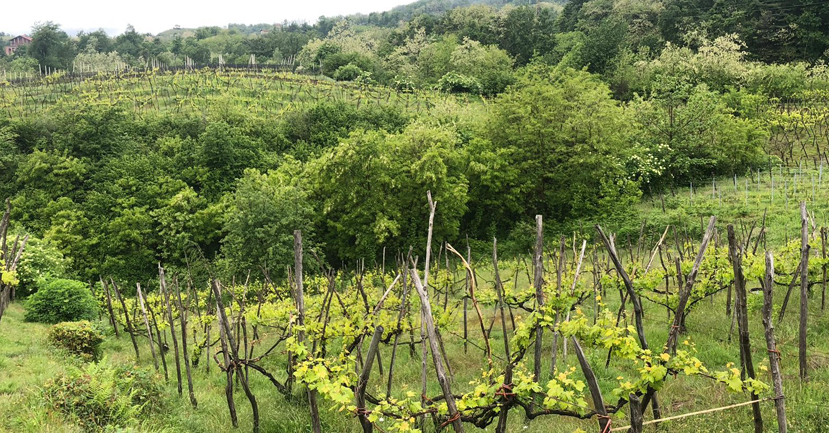 Today, Kunzli produces what is arguably one of the most iconic wines of Alto Piemonte – and one of Italy’s finest reds – with his Boca. Named for the eponymous small village not far from the town of Maggiora, north of Vercelli and slightly northeast of Novara, the Boca production zone is home to about ten producers; the numbers have changed over the past two decades, as some estates have gone out of business. 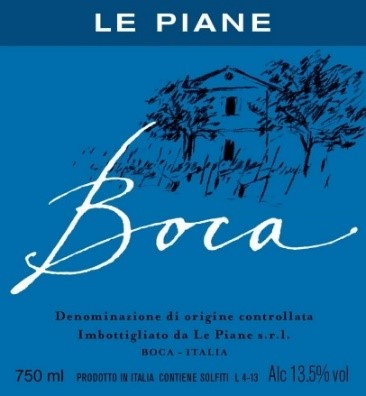 At Le Piane, Kunzli has 20 acres of vines; most plots were replanted by Kunzli and his team over the past 20 years, while he still works four acres of old vines, dating back more than 80 years of age. The principal variety is Nebbiolo, but there is also a small percentage of Vespolina and Croatina. The disciplinare for Boca is between 70% - 90% Nebbiolo (also known as Spanna in Alto Piemonte), with the remainder a combination of Vespolina and/or Uva Rara.

The Le Piane Boca is a blend of 85% Nebbiolo with 15% Vespolina. A traditionalist, Kunzli matures the wine in grandi botti of 20 and 30 hectoliters (2000 to 3000 liters) for three years. “The style of my wine has always been clear,” says Kunzli, “big barrels, long aging.” Vespolina is used not only to further overall complexity, but also increase the acidity levels of the wine. While unmistakably a Nebbiolo-based wine, Boca, as crafted by Kunzli, has a more supple, elegant feel to it than a typical Barolo. Other notable examples of Boca are from Barbaglia, Davide Carlone and Vallana.

The best-known wine of Alto Piemonte however is Gattinara, produced in a small zone a few miles southwest of Boca. Here the most famous estate is Travaglini, managed by Cinzia Travaglini and her husband Massimo Collauto. Their dominance in this area is evidenced by the fact that of the 100 hectares of approved vineyards in Gattinara, Travaglini owns 60! 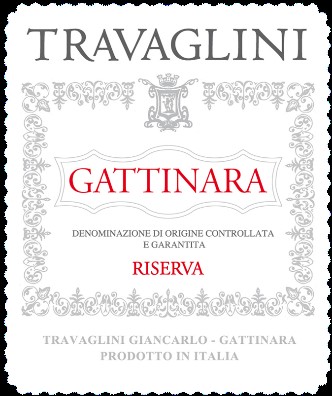 Travaglini is an historic firm, established by Cinzia’s father in 1958; vineyards here are situated between 1000 to 1350 feet elevation. The winery produces several examples of Gattinara, including a classic version as well as a riserva and a bottling labeled Tre Vigne (“three vineyards”); each wine is 100% Nebbiolo. The classic Gattinara is aged solely in grandi botti, while the other offerings mature in a combination of large and small oak casks.

Again, these wines have wonderful aging potential, not only because of the tannins of Nebbiolo, but also because of the beautiful acidity of this area’s wines. Describing the stylistic variation between Gattinara as opposed to Barolo and Barbaresco, Travaglini comments, “the difference between Gattinara and the wines of Barolo and Barbaresco have to do with soil and climate. We have a very windy, dry climate. We have breezes that flow in between the hills, which are important for aromatic qualities in the wines.” She notes that the soils in Gattinara are very old, with elements of porphyry (a purple/red volcanic stone also found in other Italian regions, such as Trentino and Alto Adige), and clay, and describes her examples of Gattinara as “silky and elegant.” 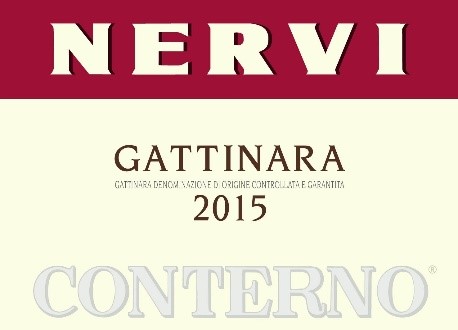 Gattinara was recently in the news when the famed Conterno winery of Monforte d’Alba in the Barolo zone purchased the Nervi estate in Gattinara, one of the appellation’s most respected producers; the first releases of Nervi Gattinara with the Conterno label are now in release. Other excellent producers of Gattinara include Antoniolo (their Osso San Grato offering is excellent), Monsecco and Paride Iaretti.

A third noteworthy Alto Piemonte red is Ghemme, named for a commune a few miles east of Gattinara, just across the Sesia River. This is a very small production zone with about 60 hectares (150 acres) planted; most vineyards here are situated around 900 feet above sea level. Ghemme must be produced from a minimum of 85% Nebbiolo, although some producers use only Nebbiolo in their wines; the other 15% of the blend can include Vespolina and/or Uva Rara.

If you want to truly understand Ghemme, try to arrange a visit with Alberto Arlunno, proprietor/winemaker at the Cantalupo estate (Antichi Vigneti di Cantalupo). This is the best-known winery in the appellation, and Arlunno is its most knowledgeable student about its history, owning a seemingly encyclopedic familiarity with this zone’s origins. He notes that the Ghemme territory is the result of plate tectonics, formed when the African plate crashed with Europe, forming a “super” volcano. 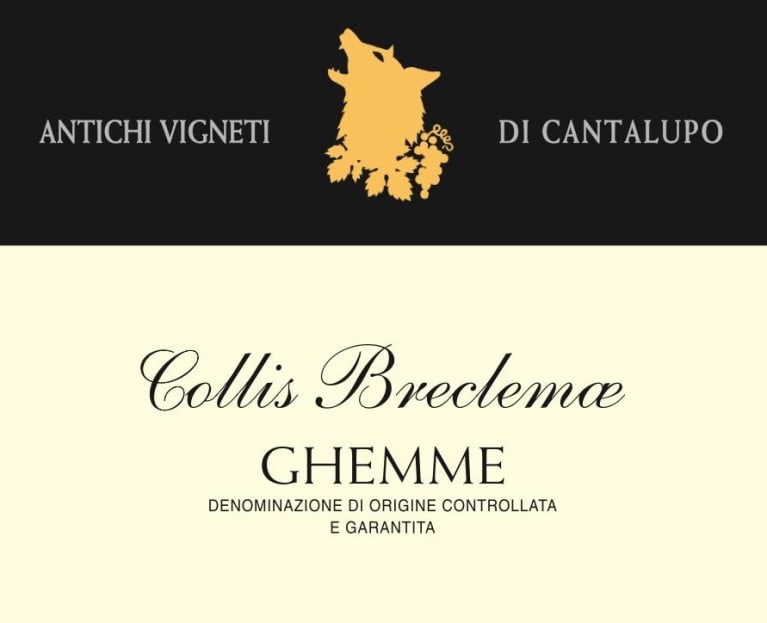 As a result, the Ghemme terrain is comprised of a mixture of soils and stones, including alluvial, glacial deposits, limestone with elements of porphyry, quartz and granite. Given this soil composition, the most concentrated examples of Ghemme display a strong sense of minerality, as well as notes of tobacco and black spice. The three finest selections of Cantalupo Ghemme – “Collis Carellae,” Collis Breclemae,” and Signore di Bayard” – are all aged in grandi botti and are quite rustic in their approach.

In most years, acidity is very good, so even in warmer growing seasons, these wines have the structure for excellent aging potential. The Cantalupo wines also have notable depth of fruit, even from a so-called “average” vintage such as 2005; 12-20 years of cellar potential is typical for these wines. Other recommended producers of Ghemme include Tiziano Mazzoni (the “Ai Livelli” offering is lovely), Monsecco and Francesco Brigatti.

While Boca, Gattinara and Ghemme are among the most distinctive, longest-lived wines of Alto Piemonte, keep an eye out for Costa del Sesia Nebbiolo, a lighter more approachable offering that is produced in larger numbers than its more famous counterparts. While many local producers do release this wine, few export it; one that can be found in the American market is from Travaglini.

Clearly, Alto Piemonte reds are highly distinctive wines that offer a different style of Nebbiolo as compared with Barolo and Barbaresco. Yet, to think of these wines merely as curiosities would be a mistake, as the overall quality is very high. As Alberto Arlunno at Cantalupo declares, “After coming here and tasting Ghemme and other wines of this region, I’m more convinced now that we can make fine, world-class wines”.