Focus - The Wines of Valle d'Aosta: Not Quite Italian, Not Quite French Whether it is in the bilingual wine labels of Alto Adige, or the occasional Slavic grape name in Friuli Venezia Giulia, Italian wine often reveals the duality of culture present in some of the country’s border regions. Tucked into Italy’s northwestern corner, Valle d’Aosta certainly demonstrates this, as its language, cuisine and wine seem to have one foot in Italy and another in France.

The biggest challenge to understanding Valle d’Aosta wines may be in finding them in the first place. Italy’s smallest region is also it’s smallest wine producer, by a long shot (between 150,000-350,000 cases are produced annually, depending on vintage conditions). These wines may be small in number, but they are consistently of high quality. Nebbiolo lovers find a vibrant and vital expression from the steeply-pitched hills of Donnas and Arnaud-Montjovet, while the high-wire act performed by the lean white wines of Morgex and La Salle can be downright thrilling. In between, Petite Rouge, Fumin, Pinot Grigio and Petite Arvine all vie for attention. Let’s take a deeper look.

Valle d’Aosta was a vital corridor that connected ancient Rome to northern Europe over the highest of the Alps. Once under the authority of the Roman Empire (who introduced viticulture), the valley underwent a significant transformation in the 6th century when the Frankish Kingdom assumed control. The language steadily shifted to a French-Provençal dialect, and for the next five centuries, Valle d’Aosta’s allegiances were to the north. The House of Savoy assumed control in the 11th century, but the valley remained largely autonomous even then, thanks to its rugged remoteness. In fact, it wasn’t until the mid-19th century that Valle d’Aosta would once again align with its southern neighbors, when it joined the Kingdom of Sardinia, a precursor to modern Italy. But even then, the culture of this region was steadfastly singular. After World War II, Valle d’Aosta was granted a degree of autonomy in its governance, as a condition to staying aligned with Italy.

This history explains much of what we see in the vineyards and cellars of Valle d’Aosta. At the mouth of the valley, close to Turin, Nebbiolo dominates the sloped vineyards from Donnas to Montjovet. In the heart of the region — around the city of Aosta — Petite Rouge, Fumin, Prié Rouge, Cornalin and Petite Arvine underscore how Valle d’Aosta’s indigenous grape varieties remain staples of the wine industry, while occasional plantings of Pinot Noir, Gamay and Chardonnay reveal the French influence. Further up the valley still, on the Italian slopes beneath the mighty Mont Blanc, plantings of Prié Blanc take over.

This continuum of Italian to French influence in the wines — mixed with a continental climate heavily influenced by alpine weather — makes Valle d’Aosta unique in the wine world.

Because of the mountainous terrain, nothing comes easy to the winegrowers of Valle d’Aosta.

While the Alps block humid air from the west — creating a rain shadow that lowers disease pressure on the vines — growers must plant on the south-facing slopes to achieve optimal ripeness. This reality means that many of Valle d’Aosta’s vineyards are terraced with dry-stone walls which require regular maintenance, and which add to the financial burdens of wine production. Elevation plays a central role in the terroir of each vineyard, with higher vineyards shaped by alpine influences more than lower vineyards.

One of the most compelling features of this viticultural landscape lies in the vine-training techniques employed. The traditional pergolas of Valle d’Aosta are not only integral to the valley’s cultural heritage, but ingenious in their design. Donnas’ 10-foot-high wood pergolas — which rise upon a ridiculous pitch from the mouth of the valley near the Piedmont border — are contrasted with the three-foot-high stone-column pergolas of Morgex et La Salle. Both are adapted to the needs of the grapes, with Donnas’ canopy management helping to foster Nebbiolo (known locally as Picotendro) and Morgex et La Salle’s squat pergolas keeping the Prié Blanc grapes low enough to the ground to benefit from radiant heat, yet protected from the scorching effects of the high-altitude sun. These Prié Blanc vines are ungrafted as phylloxera cannot survive at the extreme altitude of this end of the valley. 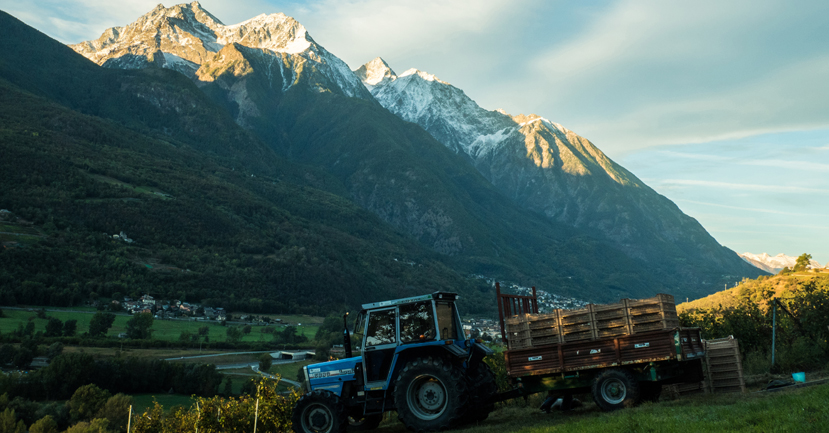 One DOC, Many Expressions

One appellation covers the entirety of Valle d’Aosta’s wine region, and accounts for 80% of the wines made. Within this singular Denominazione di Origine Controllata (DOC) reside seven subzones: Donnas, Arnad-Montjovet, Chambave, Nus, Torrette, Enfer d’Arvier and Blanc de Morgex et de La Salle. Not all wines are assigned to a subzone, and some subzones (such as Donnas and Enfer d’Arvier) focus on a single grape, while others (such as Nus and Chambave) produce both red and white wines. It may be a confusing patchwork quilt of designations at first, but again, there is such a limited supply of these wines that it is easy to navigate.

Among the most expressive and unique wines to seek out are:

International varieties play a role in the wine industry as well, most notably with Pinot Grigio and Pinot Nero, both of which share similarities to the wines of Alto Adige in their crispness and delicacy. Gamay, Merlot and Chardonnay all constitute small portions of the landscape as well, and harken back to Valle d’Aosta’s partial-French heritage. You will also find some Moscato Bianco — hello, Italy! — grown and vinified for both dry and sweet wines.

In the end, Valle d’Aosta will never be a titan of the Italian wine industry, but the region’s delightful mountain wines — and the lengths winemakers go to produce them — rightfully command respect worldwide.