The Wines of Irpinia - Contemporary Excellence from an Ancient Territory I returned to Campania recently for the first time in three years and as with most Italian regions, discovered that not much had changed, at least as far as appearances are concerned. I did meet a few producers I hadn’t visited before, with one of them – Petilia – being a great new discovery for me. More on that below, but overall what impressed me most was the consistency of the wines, white and red.

If you think about it, Campania is one of the few – perhaps the only Italian wine region – where white and red wines are thought of on equal terms of extremely high quality. There are a handful of notable white wines from Tuscany, and several more from Piedmont, but let’s face it, those regions are renowned for their red wines. The opposite is true for Alto Adige and Friuli, of course, as a few select red wines from those territories shine, but it is the white wines from these northeastern lands that define their respective wine regions.

The Red Wines of Campania

Taurasi, an appellation of Irpinia made from the native grape Aglianico, is the most famous wine of Campania, its greatness having been defined by Mastroberardino for decades; some of their versions from the 1950s are still drinking beautifully. Other producers such as Luigi Tecce, Antonio Caggiano, Contrade di Taurasi and Feudi di San Gregorio also craft compelling offerings of this wine.

Yet Taurasi may not even be the finest red wine of Campania. Today, Giovanni Ascione at Nanni Copè in the province of Caserta in northern Campania, produces a red wine named “Sabbie di Sopra il Bosco” made primarily from the grape Pallagrello Nero along with small percentages of the grape varieties Aglianico and Casavecchia, that is as thrilling and complex a red wine as is made in Italy; I rate it as arguably Italy’s finest. Ascione has been crafting this wine from his own estate plantings - meticulously managed by Ascione, almost to the point of obsession – since 2008, and it combines great weight with an amazing sense of finesse; to date, the various vintages have aged quite well. Production is limited, so do what you can to try and find a bottle.

So glorious red wines are indeed a hallmark for Campania, but most Italian wine journalists, especially the ones who live there, will tell you that this is a white wine region. This is because this is one of Italy’s rainiest areas, especially when it comes to the inland province of Avellino, which every wine producer refers to by its historic name of Irpinia. Driving east from Napoli, where there is more intense sunlight, one sees a series of rolling hills that begin to emerge some 20 or 30 miles outside of the coast. Not only do these hills create a cooler climate, they also trap the precipitation that falls almost year-round. It is a green terroir in Irpinia to be sure and the moderate climate ensures good acidity for the white wines, most notably for the grape varieties Falanghina, Greco and Fiano.

My visit to Irpinia was for a special anteprima tasting known as ‘Ciak Irpinia’, where select journalists from Italy and elsewhere would taste the new vintage of the white wines Falanghina, Fiano di Avellino and Greco di Tufo – in this case, the releases from 2018 - as well as the new offerings of Taurasi from the 2015 vintage.

Personally, I believe that white wines from Irpinia are the finest in Italy, so I routinely taste them and keep up with their qualities. The weather in Irpinia goes through its good and bad years, as with the rest of the country, with one difference being that this being a rainy territory, climate change has meant that when it rains here, it’s more like a monsoon; 2014 was prime evidence of that.

Thankfully, this doesn’t happen that often, and in 2018, there was a beautiful combination of the proper amount of rain along with cool temperatures, the recipe for well-structured whites. “2018 was a spectacular vintage,” says Antonio Capaldo, proprietor of Feudi di San Gregorio, a celebrated Irpinian producer. “We had very good weather conditions, and the wines are ready just a few months after the harvest.”

Capaldo goes on to explain that while his offerings of Greco di Tufo – a classic bottling plus the cru “Cutizzi” – are less dense than the 2017s, they “still have the same structure, and this is what I like.” Note that 2017 was a warmer year in Irpinia than 2018, although 2017 in this area was not as intensely hot as in much of Italy that year. “The 2017s are going to be great wines if you wait a few months, but with the 2018s, you can enjoy them now.”

I tasted about 100 different Irpinia white wines from the 2018 vintage and find them to be lovely wines with very good acidity along with beautifully expressive perfumes, bright fruit and fine structure; 2018 is the best vintage for Campanian whites since 2015 and one of the finest since 2010, which numerous producers here will tell you was an outstanding vintage, and one of the best of the past twenty years.

Among the most impressive 2018 Irpinian white wines I sampled were the following: 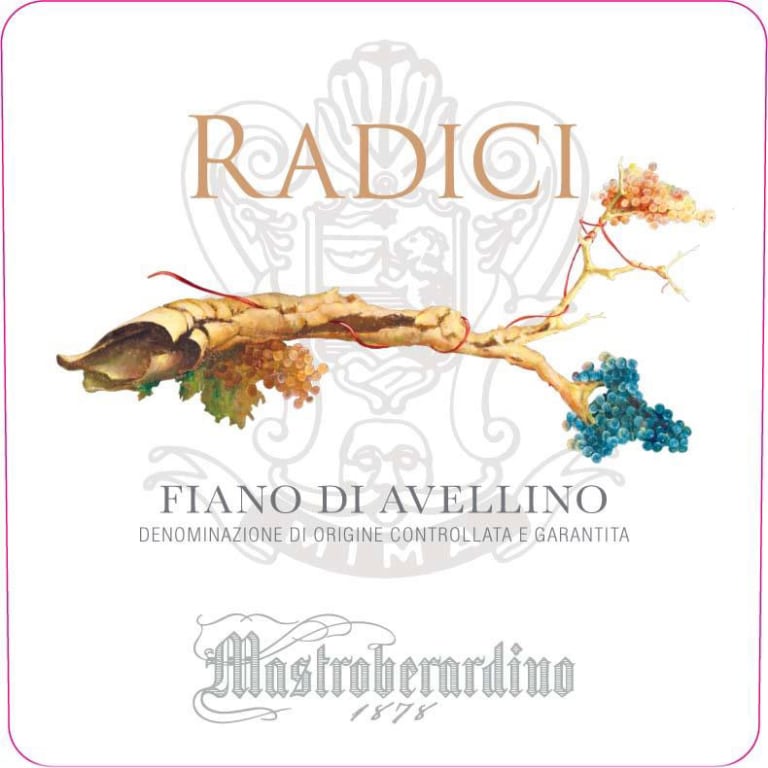 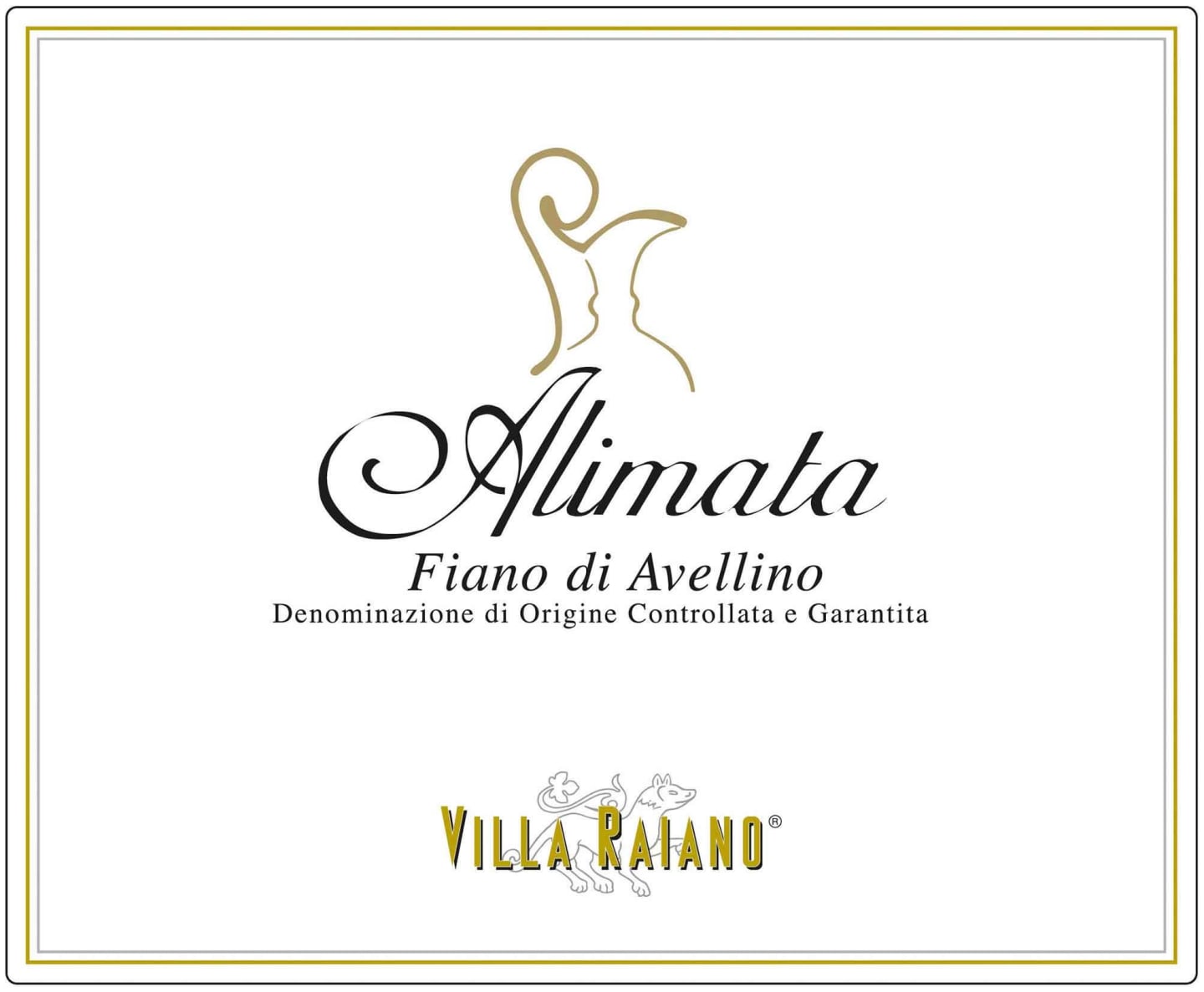 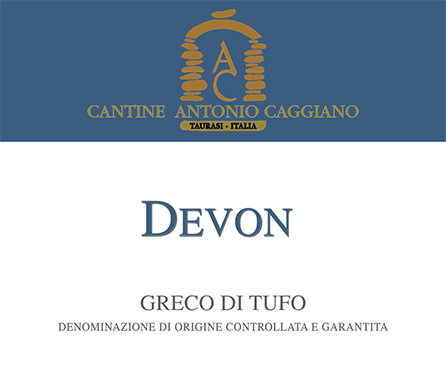 A few words about some of these wines. The Fiano di Avellino “Radici” from Mastroberardino is spot on in 2018, as it is every vintage, but there is that extra length as well as its finesse that set this year’s offering apart. Villa Raiano has excelled with its cru offering of Alimata for several years now, and the 2018 continues that record, while the classic Greco di Tufo is a lovely wine and a notable value with its lovely lemon oil and apricot perfumes. The Caggiano Greco di Tufo “Devon” is as complex and as satisfying a release of this wine as I have ever tasted.

The “Empatia” Fiano di Avellino is a new cru offering for Donnachiara; this is joined by “Aletheia” Greco di Tufo and “Resilienza” Falanghina (from Benevento, not Irpinia), as upper tier offerings. The wines are given additional lees aging and display beautiful texture along with notable persistence. The Fiano di Avellino “Empatia” offers such lovely perfumes of honey, honeydew melon and jasmine – the aromas alone make this wine special – while the depth of fruit and structure combine to create a memorable Fiano that dazzles now with intensity, but charm and subtleties.

Regarding the Petilia Greco di Tufo, this was a producer and wine I was not previously familiar with, so thanks to Ilaria Petitto of Donnachiara for introducing me to this estate. She knew of my passion for Greco di Tufo, and recommended that I take time to visit Teresa Bruno, proprietor at Petilia in Altavilla, to learn about her wines. Her Fiano di Avellino is excellent, but Greco di Tufo is the star at Petilia; offering beautiful pear and melon aromas along with a lovely note of cinnamon, there is excellent depth of fruit in the 2018 release, combined with outstanding persistence and very good acidity, along with subtle minerality. This is a Greco di Tufo that caresses you, and has outstanding complexity, while it is always understated. I also tasted the 2009 Greco di Tufo from Petilia that is now influenced by tertiary aromatics – notes of dried pear and sherry dominate the nose – while the minerality is now more pronounced. Petilia is a winery that is among the very best for Greco di Tufo and it deserves to be better known. 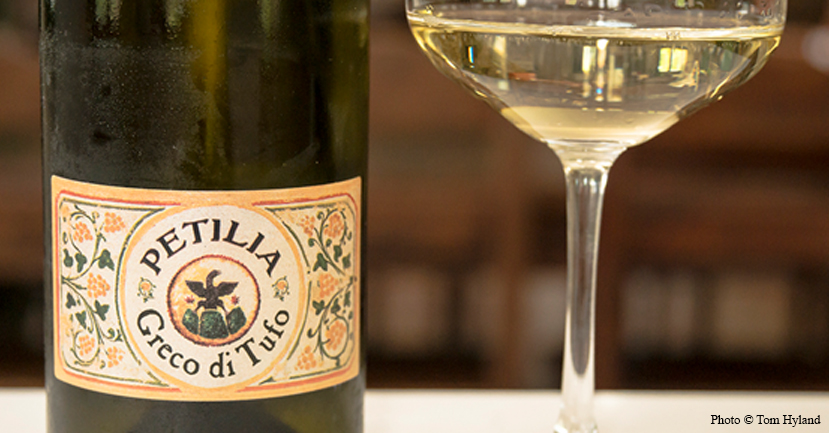 A few brief words on the 2015 Taurasi I tasted one morning and afternoon while in Avellino. The wines have excellent ripeness, with typical black cherry fruit and notes of bitter chocolate. But acidity is not as high as with the best years such as 2008, 2010, 2012 or 2013, and overall 2015 seems like a vintage for Taurasi that will be more greatly appreciated by those looking for bigger, riper wines.

I tasted only a small group of these wines, as some producers did not offer their 2015 for this event, so I will hold off with a final judgment at this time. Thankfully, there were some excellent Taurasi from 2015, most notably Mastroberardino and Antonio Caggiano – both of these wines offered impressive concentration and structure – while a 2012 Riserva Taurasi “La Loggia del Cavaliere” from Tenuta Cavalier Pepe greatly impressed with its overall structure and typicity.