Are you ready to dive into one of the world’s greatest wine-producing countries? If so, our next Spanish Wine Scholar Instructor-Led course is about to start, and we would love to have you join us!  If you still aren’t sure, then take a look at these ten reasons why you should be studying Spanish wine.

1. Spain’s wine industry has been evolving for more than 3,000 years!

Around 1100 BCE the Phoenicians hit the shores of what is now Andalucía and introduced viticulture and winemaking to the Iberian Peninsula. Eventually, the Romans built on these methods, and even the Moors brought advancements by way of irrigation systems. Yet, while the peninsula has been ravaged by invaders, wars, and dictators throughout the centuries, Spain continued to persevere and innovate – the Catalans invented the girasol (which later became the gyropalette); Catalunya created “wine cathedrals” (cooperatives dating back more than 100 years); Ribeira Sacra found a way to cultivate vines on ridiculously steep riverbank slopes (some as much as 80 degrees!); and unique vine training techniques have been created and are still used in Jerez and the Canary Islands. This is combat viticulture and Spain has emerged the winner!

2. Spain is a world leader in both vine acreage and wine production

Spain has the largest area under vine of any country in the world. It is well ahead of both France and Italy with regard to the most land under vine with 2,354,491 ac/952,829 ha (2019). Yet it places third in total wine production – behind Italy and France. This anomaly exists because, in Spain, fewer vines are planted per hectare in order to control yields and avoid hydric stress. Castilla-La Mancha lies at the heart of the Spanish viticole; it possesses 49.1% of Spain’s total area under vine. Each of Spain’s 17 autonomous communities produce wine. Of the 17 communities, the top three (Castilla¬-La Mancha, Cataluña, and La Rioja) account for almost 60% of all wine produced.

3. Some global superstars are indigenous to Spain

The world is becoming increasingly familiar with native Spanish grapes like Tempranillo and Albariño; they are even becoming household names. But most are not aware that some of the world’s greatest grapes are actually indigenous to Spain. Enter Garnacha, Monastrell, and Cariñena. These three grapes have found significant purchase throughout the world, but Spain is their homeland. Known by its international name, Grenache, Garnacha is from Aragón and has significant plantings in the south of France as well as in Italy, Australia, and the United States. Monastrell (from Valencia), known internationally as Mourvedre, is also present in the south of France as well as in both California and Washington State in the United States. Finally, Cariñena (Carignan), also from Aragón, is actually more prevalent in France (Languedoc) than in Spain with plantings also present in Italy, the United States, Mexico, and Australia.

4. The quality-to-price ratio of Spanish wine is off the charts!

Spain is responsible for approximately 15% of the world’s total wine production, and although it is the world’s number one wine exporter, with 22% market share, it only ranks third in export value. What does this mean for the wine consumer? Spanish wine is an amazing deal! While there are a range of quality levels produced in Spain, on average, the wine consumer is going to get a much better deal on great wine coming from Spain rather than most any other country in the world! In Spain, one can find very good wines for around 8-10€ (EU) or $10-15 (USA).

Vines in Spain are planted near sea level (i.e. DO Penedès, Cataluña) and can reach elevations of up to almost 4,000 ft/1,200 m (i.e. VC Granada, Andalucía), but Spain is also home to some of the world’s most unique and extreme vineyard conditions—conditions that call for “heroic viticulture.” Wine areas where growers work under extremely adverse conditions include DO Ribeira Sacra (steep riverbank vineyards, some with slopes of up to 80 degrees), DOQ Priorat (vineyards are located on terraces called “costers” which all must be worked by hand) and DO Lanzarote (where vines are planted within hand-hewn basins of lava rock for wind protection and water collection). 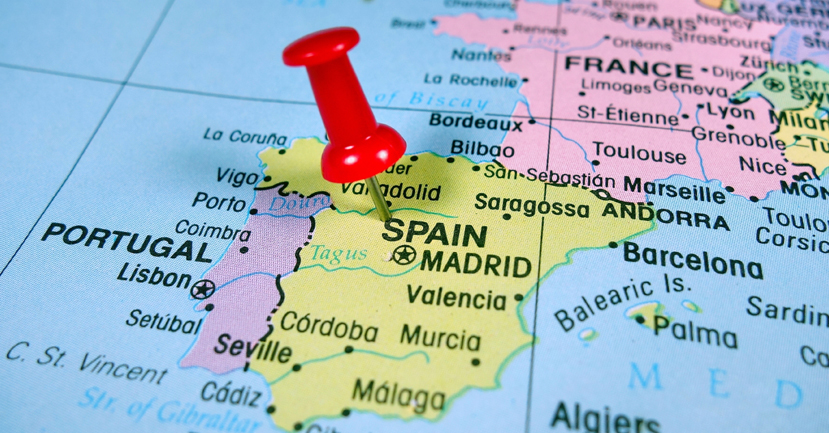 6. There is a new wave of innovative winemakers who have brought dynamism and change to the forefront of the Spanish wine industry

Spain continues to operate at the confluence of tradition and modernity. In today’s winemaking environment, many ambitious winemakers are proving the old adage, “What was once old is now new again.” These men and women are, in many ways, breaking the rules when it comes to their craft. For example, Willy Pérez (Cádiz, Andalucía) helped lead a charge to label sherry wines produced without fortification (as long as they meet the minimum alcohol requirements). There is also Ismael Gozalo, who takes “natural” winemaking to a new level, working with pre-phylloxera Verdejo in Castilla y León and aging it in any vessel he can get hands on! Finally, Victoria Torres Pecis, located on the island of La Palma (Canary Islands), is reviving old traditions in making wines incorporating Canary Pine. These are just a few of the exciting folks shaping a new wine landscape in Spain. There are SO MANY more to explore!

7. Spain is home to the largest percentage of organic vineyards

Spain’s location in southern Europe makes it an ideal wine¬-producing country. Spain not only claims the largest amount of vineyard land, but it is also home to the world’s largest number of organic vineyards. Over the course of the past ten years, organic vineyards in Spain have increased by more than 500%! Today, 12% of all vineyards in Spain – 280,264 ac/113,419 ha – are farmed via organic methods. Castilla-La Mancha leads the way with just over half of Spain’s organic vineyard land, followed by Cataluña and Murcia. As respect for the land and the vine continue to take center stage so will we see Spain’s organic footprint grow and set an example for the world’s vine growers.

8. Spain is actively and ambitiously preserving its viticultural legacy by reviving old or near-extinct grape varieties

Efforts have been underway for years to help revive (and in some cases identify) lesser-known or completely unknown grapes. In DO Empordà (Cataluña), these efforts were recently awarded with the addition of Carinyena Blanca (Carignan Blanc) to Spain’s national grape registry; they continue to work for the addition of its gray variant, Carinyena Roja (Carignan Gris). In an even grander undertaking, Bodegas Torres placed an advertisement in a local paper more than 20 years ago asking grape growers to call them if unknown grapes were growing on their property. Familia Torres has been studying these grapes for decades hoping to recover pre-phylloxera Catalan grapes. To date, they have identified more than 50 varieties and are actively cultivating approximately six because of their high acidity and late-ripening characteristics; they are currently producing wines from two of these grapes – Pirene and Forcada.

9. Spain is a leader in the global climate change movement

As the earth continues to warm, grape growers around the world are seeking ways to adapt. Spanish wineries are planting grapes at higher altitudes and introducing new grapes varieties to regions where they would have previously not survived. An increasing number of wineries have made hardscape and production adjustments. By way of example, the Familia Torres’ Pacs del Penedès winery in Cataluña is powered exclusively from biomass, solar power, and geothermal energy; it’s roof even collects rainwater as drought concerns continue to grow in the region. These efforts did not stop at the winery. Together with Sonoma-based Jackson Family Wines, Bodegas Torres created the International Wineries for Climate Action initiative in an effort to help convince wineries to reduce their carbon footprint. Since 2008, Bodegas Torres has already reduced their emissions by 28% with a goal of 50% reduction by 2030 and 80% by 2045!

10. You can find any style of wine to suit your taste

Whatever color or style of wine is your preference, Spain has got you covered! White. Rosé. Red. Sparkling. Sweet. Fortified. You name it, it is made here! Drink up. Drink history, innovation, tenacity, quality, value, and inimitable style. Drink Spain!

Part Catalan, Rick’s passion for his Spanish heritage and a desire to educate others about Spanish culture, food, and wine led him to create Bodega: Eat. Drink. Explore. ESPAÑA! (www.bodegaspanishwine.com) in 2009.

He has also been a contributor to the Spanish and Portuguese wine site, CataVino as well as Glass of Bubbly, a UK-based magazine focusing on sparkling wine.