Alto Adige/Südtirol is one of the oldest winegrowing areas in German-speaking Europe. Vines were cultivated by the local Rhaeti tribe, an ancient Alpine people of Etruscan origin, before their territory was conquered by the Roman Empire in 15 BC.

According to the Roman author, Pliny the Elder, wine was held in high regard by the Rhaeti who used wooden vessels (forerunners of the modern barrel) to store and transport it.

Winegrowing was abruptly halted by the fall of the Roman Empire and the endless barbarian invasions that followed. During the 7th century AD, as Alto Adige/Südtirol weathered the Dark Ages, it started to form ties to other regions in north-central Europe with Germanic culture and language.

As of the 11th century AD, the province was jointly ruled by the Bishop of Trento and the Bishop of Bressanone. The monks and monasteries revived viticulture during the Middle Ages and success was fueled by the increasing demand for wine from the German-speaking regions to the north. Bavarian and Frankish monasteries even purchased vineyards and wineries in Alto Adige/Südtirol to ensure a steady supply. Thus, the region became a major wine supplier to neighboring Teutonic countries and this German market is still a significant part of Alto Adige’s/Südtirol’s wine industry today.

Between the 12th and 13th centuries, the region was gradually incorporated into the County of Tyrol (an independent political entity ruled by a count), then was later acquired by the House of Habsburg in the 14th century. Alto Adige/Südtirol remained linked to the House of Habsburg and Austria until the end of the First World War. The region was ceded to the Kingdom of Italy in 1919.

Briefly annexed to the Third Reich, Alto Adige/Südtirol became part of Italy once again at the conclusion of World War II. It was granted a considerable level of autonomy when it rejoined Italy in order to reduce the local separatist tensions. The region was then incorporated into the administrative region of Trentino-Alto Adige, as previously discussed.

Alto Adige/Südtirol is officially bilingual, however, German is the principal language—for speech and in print. Wine labels tend to be written in German and are often (but not always) followed by the Italian translation. 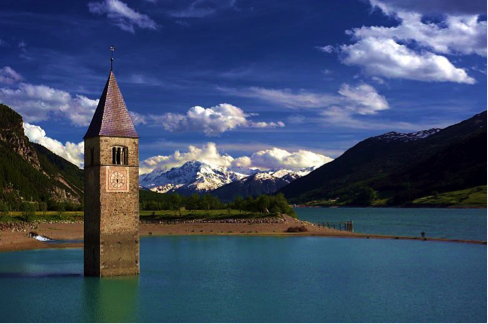 Tweet
More in this category: Barolo DOCG - Piedmont's Iconic Appellation »
back to top